How it all started...

1988 – The Chronicle of Shiloh Seventh-day Adventist Church
Elder Joseph Hinson, a visionary, shared his concern about the young people in the Lemon Street area of Marietta with a Marietta Politician. Elder Hinson proposed a tent effort to conduct a “youth empowerment meeting” since Marietta did not allow evangelistic tent effort meetings. This idea was embraced by Cobb County, and the first tent was erected in 1988 with a follow up meeting in 1989. Pastor Joseph Hinson, with the help of Mr. James Ellerbe and Dr. Gary Ashford, conducted the meetings. At the end of the meetings, twenty people were baptized, and Shiloh Seventh-day Adventist church was born thus establishing the first black Adventist church in Cobb County.
Initially, the small group worshipped at 264 Fowler Circle in Marietta, and Sister Dillon was instrumental in providing the music for Shiloh, although she was not an Adventist. In July 1993, arrangements were made with Harvest Time Fellowship Church in Smyrna, to become the temporary home for Shiloh. New people moving into the area, and visitors from other area churches joined (replacing some of original members who did not follow the church to Smyrna). The church continued to grow under the leadership of Pastor Hinson, and negotiations to purchase the church from Harvest Time Fellowship began in 1996, and continued under Elder C.D. Henri, interim pastor. On March 17, 1977, the purchasing process was complete, and Shiloh had a permanent home at its present location, 810 Church Street, Smyrna, GA 30080.

As Shiloh’s membership grew, the expansion of the sanctuary became inevitable, sine over 300 individuals were worshiping in the sanctuary each week, and space was becoming an issue. In 1999, Shiloh voted to expand the sanctuary and build a family life center to accommodate the growing number of young people. In 2000, the Hinson Family Life Center was erected. At the conclusion of that phase of the project, Sabbath worship service was moved from the sanctuary to the Hinson Family Life Center, while the expansion of the sanctuary took place.
April 21, 2001 was the grand opening of the newly renovated Shiloh sanctuary. It was a momentous occasion, which was celebrated with thanksgiving and gratitude by all. With the added debt that Shiloh now faced, an aggressive repayment of the mortgage was implemented by Shiloh’s finance department, to rid Shiloh of the mortgage obligation as quickly as possible. Ten years later, that dream has been realized.
Shiloh continued to grow, and many wonderful programs such as Children’s Church, The Nursing Home Ministry, Prison Ministry and Taste of Shiloh were born. Discussion by a small group of Shiloh members to start a Branch Sabbath School in the Acworth/Kennesaw area became a reality in March 2007. Thirty-six individuals left Shiloh and became the charter members for the Mount Pisgah Company, located at 1210 Wooten Lake Road, Kennesaw, GA. On September 15, 2007, Mount Pisgah became an independent company and their growth has been significant. 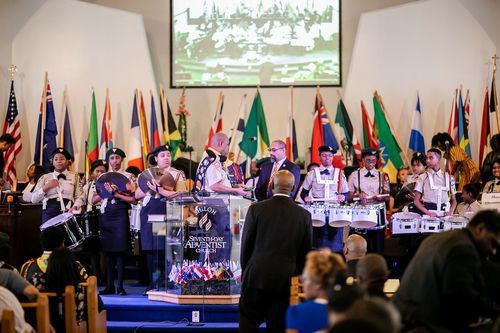 The food pantry is an all votary organization. A 50 plus member group base out of Shiloh seventh-day advents church all working together for one presume to feed our committed. Thanks, local part, and volunteers. Since 2014 we have been blessing to serve over 2000 people and their family to provide food.
We Are Her  When you need us Most 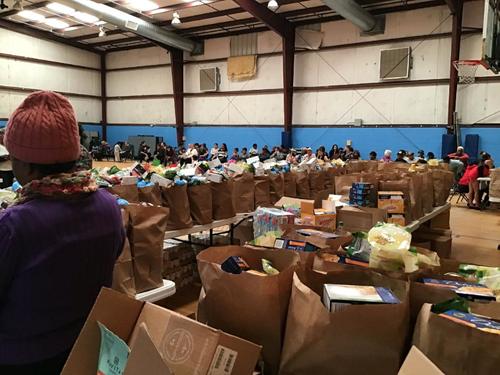 Where we are headed... 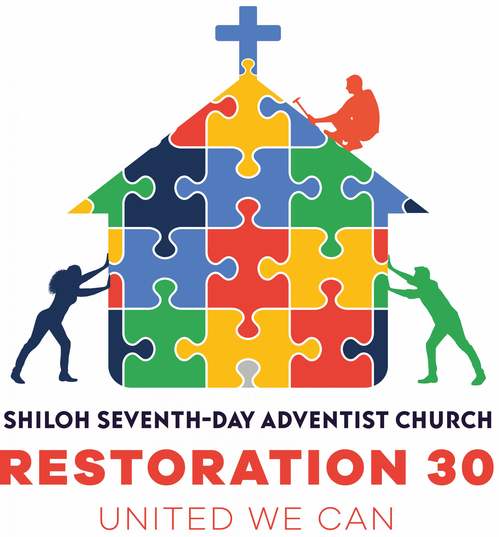 The Shiloh Seventh-day Adventist Community Center’s mission is to be a beacon of hope in the Smyrna community through its commitment to serving those in need. The continued partnership with the Atlanta Food Bank has allowed us to assist with food to the most vulnerable in our community.

Our goal is to have dedicated space where we can serve those in need more efficiently. We have plans to expand our existing gym to accommodate the existing operations of the Shiloh Food pantry. Upgrade our gym by repairing walls and flooring; expanding the kitchen facilities and creating a dedicated space for the youth.

The community service building expansion consists of the following;
The ground level of the community center work flow for food distribution consists of entering the rear door of the gym to a check in window, proceeding to a waiting area, from there to a food distribution area, thence exiting into the parking lot.
The upper level will be a space dedicated for the youth in our congregation. Space will be used for children’s church and youth church. 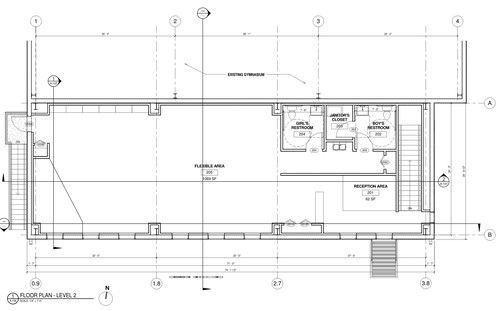 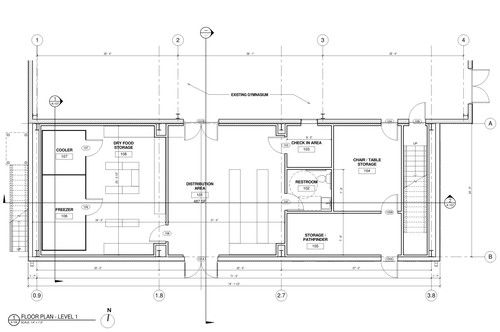